Congratulations to reader with the E-mail: fl****27@outlook.com -- Hopefully, fl****27@outlook.com, you clicked your E-mail link and are reading this page now! If so, you may request ONE free AUTOGRAPHED paperback from the "Banned Books" page and submit a selection. Use offer code "WINNER" in Inquiry Form. After we verify E-mail, expect book in 7-9 days.  * Must claim by 02/06/2022
Tweet 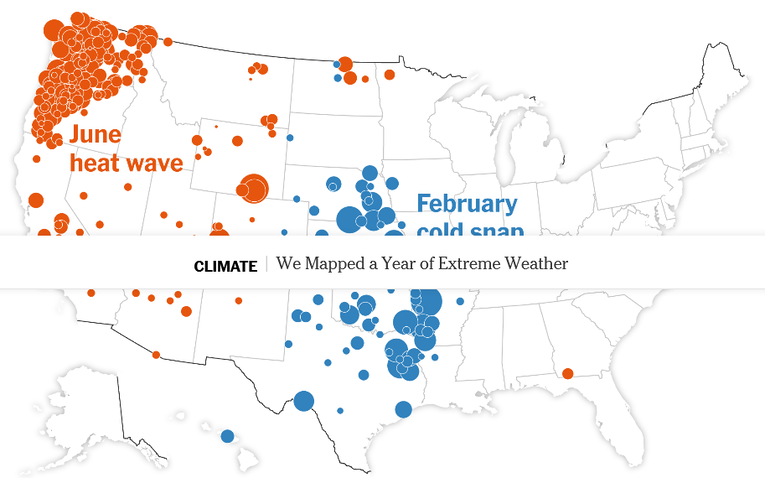 NY Times: We Mapped a Year of Extreme Weather

The Times analyzed temperature data from weather stations across the United States. The result: 2021 was a huge year for records, both high and low.
REBUTTAL BY

Following the supposedly unusual "record" high and low temps of 2021, the first real snow and cold wave has descended upon the eastern United States. But if any of "youse guys" think this presents a good "teachable moment" ™ to tweak the loons of Libtardia with a "Say, what happened to Global Warming?" barb --  well, that won't get you too far because "science" ™ now tells us that nasty cold spells (just like killer heat waves) are also caused by "heat-trapping" CO2 as well. Hence the back & forth marketing shift from "Global Warming" ™ to the catch-all "Climate Change ™."

A bit of "1984"-ish Orwellian double-think, from the article:

"Temperatures in the United States last year set more heat and cold records than any other year since 1994." (emphasis added)

You see how the Marxist manipulators of the public mind work?

Still not buying this now 43-year-old doomsday bullshit? Well then, you evidently just don't understand "science," ™ boys and girls.
GLOBAL WARMING IS GLOBAL FREEZING
Fake Science aside, from a philosophical perspective, what really fascinates your baby-boomer historian here -- who, having lived through all 43 years of this hoax and watched it grow from a few sporadic hypotheses into a Global cult of "settled science"  -- is how short people's memories are. We may forgive the 35 & under population demographic for not appreciating how long and how wrong the "20-years-from-now" doomsday computer model forecasts have been. But how can anyone who has been blasted with this Bolshevik bullshit for a full 20 years or more not have realized by now that new doomsday target dates are perpetually pushed forward as the old doomsday dates come and go? Heck, I specifically recall being taught, circa 1981-82, that lower Manhattan would be under water "by the year 2000!"

Even if a man did not possess a basic understanding of the Globalist Conspiracy nor of basic science; one would think that by actually living through the passing of relatively recent history and so many wrong predictions (including the ice-age scare of the 1970s) that the middle-aged Boobus Normie would have grown suspicious about all the past and present hype by now, and started to ask some probing questions. Evidently not, and Orwell nailed this one too:

The Climate Con  -- referred to in the beginning as "The Greenhouse Effect" ™ -- was preceded by the announcement of "Earth Day" in 1970. With great fanfare ginned up by the Judenpresse, the very first such observance kicked-off with CBS's Walter Cronkite (CFR) (aka, "the most trusted man in America) hosting a nationally televised TV special (at a time when there were only 3 networks). The theme of "saving the planet" ™ was thus introduced to the gullible young hippie crowd who have since grown up to take over America -- at the behest of their invisible New World Order handlers (cough cough).

During the period between 1979-1982, at a time when world population and man-made CO2 "emissions" ™  were far lower than today, concerns about an ice-age were suddenly replaced with tales of a warming "Greenhouse Effect" ™ that was expected to melt the Antarctic ice-cap and catastrophically flood the world's coastlines by the Year 2000. Four decades later, none of the dire flooding and crop failure predictions have come to pass as "doomsday" is again and again pushed up to yet another far off date in "our children's future" as forgetful fools over forty fail to notice anything suspicious about the "science" ™ behind the never-materializing and never-ending scare that is the Climate Con. What the heck is the matter with people?

As The Great One (that's Hitler for you newbies & normies) once observed in one of his criticisms of the predatory political class which he was seeking to replace: "What good fortune for rulers that men do not think."
1 & 2. Traitor Cronkite (who years later openly admitted to supporting world government) and the media's heavy promotion of "Earth Day 1970" was a sure indication of a Globalist push for some sinister agenda. /// 3. 1978: "In Search Of" TV Show -- People aged 45 and under cannot remember that we once had an ice-age scare which some scientists were actually blaming on "pollution."
Boobus Americanus 1: I read in the New York Times today that the recent cold weather may actually be due to global warming.

Editor: Boobus reminds me of the character "Parsons" in Orwell's "1984" -- an unquestioning dolt upon which the power of "The Party" was truly based. 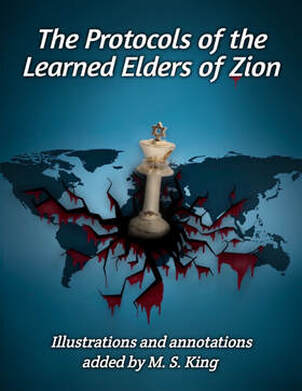