Congratulations to reader with the E-mail: ju*******ik@gmail.com -- Hopefully, ju*******ik@gmail.com, you clicked your E-mail link and are reading this page now! If so, you may request ONE free AUTOGRAPHED paperback from the "Banned Books" page and submit a selection. Use offer code "WINNER" in Inquiry Form. After we verify E-mail, expect book in 7-9 days.  * Must claim by 03/10/2022
Tweet 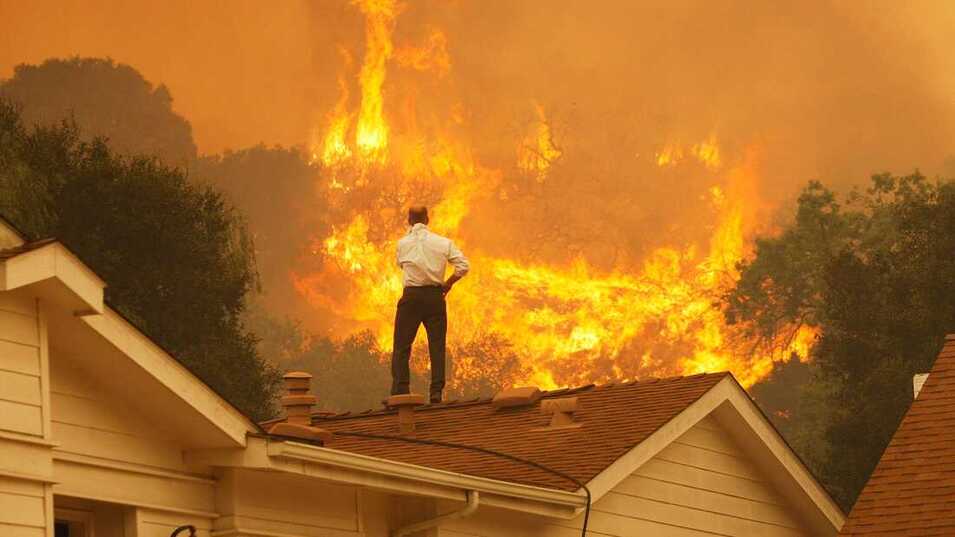 Worsening heat and dryness could lead to a 50 percent rise in off-the-charts fires, according to a United Nations report.
REBUTTAL BY

For those of us who understand how the illusionists behind this fallen world of ours operate, and are able to "read between the lines" with our third eye, the opening lines of this Slimes article amount to a confession to serial arson coming from the Globalists at the UN, and published in "the paper of record."

"A landmark United Nations report has concluded that the risk of devastating wildfires around the world will surge in coming decades as climate change further intensifies what the report described as a “global wildfire crisis.”

The scientific assessment is the first by the organization’s environmental authority to evaluate wildfire risks worldwide. It was inspired by a string of deadly blazes around the globe in recent years, burning the American West, vast stretches of Australia and even the Arctic.

The heating of the planet is turning landscapes into tinderboxes,” said the report, which was published on Wednesday by the United Nations Environment Program." (emphasis added)
*

Who needs to wait around for the mile-thick ice-caps of the deep Antarctic and Greenland interiors to melt and drown us within the span of the ever-moving-up timeline of "20-25 years from now" when a few gas cans -- or, better yet, some aerial or space-based lasers -- can whip up made-for-TV infernos now and in the near future. Oh yes, it was (((the usual suspects))) who were behind the rash of mysterious hell-on-earth fires of these past few years now dubbed as "the global wildfire crisis ™.” Bet on it.
California --- Greece --- Australia
The “global wildfire crisis” explained in 3 images.
The report attributes the "the global wildfire crisis ™” to increased temperatures and dryness caused by decreased rainfall and humidity. This is truly an astonishing example of Orwellian double-think coming from the very same United Nations which, in another "scientific" report published only six months ago, had this to say about precipitation:

"As air temperatures increase, the atmosphere can hold more moisture and thus produce heavier rainfall. As a result, heavy precipitation events have increased in both frequency and intensity since 1950." (emphasis added)

No matter which predictable or unpredictable, short term or long term course nature takes, the well-paid high priests of the Communist Climate Con and their true-believing "lesser brethren" have got a manufactured explanation for it -- one which their co-conspirators in Fake News will always publish and extol as "settled science."

Climate Central
I know, Norm. It's confusing. That's why we have government-funded "climate scientists" to figure it all out for us.
The article closes out with some "educational" links for the demented boobs who worship the Slimes to "learn more."


Fake News has come a long way since the very first casually mentioned "trial balloon" claims of 1979 about how "Some scientists speculate that we may be experiencing a CO2-caused Greenhouse Effect" -- to: "Shut up, you imbecile! the science is settled! Learn more!" And all throughout that 43-year period, all of the real observable science points to the theory of man-made CO2-based "Global Warming" as being a well-financed joke on humanity -- just like its cousin, the Stupid-19 scamdemic.
As the Fake Theory is challenged on certain points, the brand name marketing must "evolve." -- 1. 1980s: "Greenhouse Effect" // 2. 1990s: "Global Warming" // 3. 2000s: "Climate Change"

Donate to Help us Grow
Boobus Americanus 1: I read in the New York Times today that we are in a global wildfire crisis.

*
St. Sugar: It musst really ssuck to have to go through life being afraid of whatever the man in the TV tellss you to be afraid of!