Bloody bastards from the pits of Hell are at it again -- from California to Southern Europe -- torching whole towns out of existence with their Directed Energy Weapons and then blaming it on "Climate Change ™."

From the first article:

"Wildfires — intensified by drought and climate change — are the largest source of potentially deadly air pollution in California. And in recent weeks, the accumulating haze and smoke from California’s fires and high ozone levels have turned the air in Salt Lake City and Denver into some of the dirtiest in the world, more harmful than Delhi’s or Beijing’s on many recent days." (emphasis added)

From the second article:

"Wildfires were also still burning in nearby Turkey, where at least eight people have died, as well as in Italy and other parts of southern Europe where a record-breaking heat wave has created unusually dry conditions and spurred debate about the damage wreaked by climate change." (emphasis added)

And finally, this Slimes headline -- accompanied of an image of the California blaze --from the day before:

* A Hotter Future Is Certain, UN Climate Panel Warns. But How Hot Is Up to Us.

"The report, approved by 195 governments and based on more than 14,000 studies, is the most comprehensive summary to date of the physical science of climate change. It will be a focal point when diplomats gather in November at a U.N. summit in Glasgow to discuss how to step up their efforts to reduce emissions." 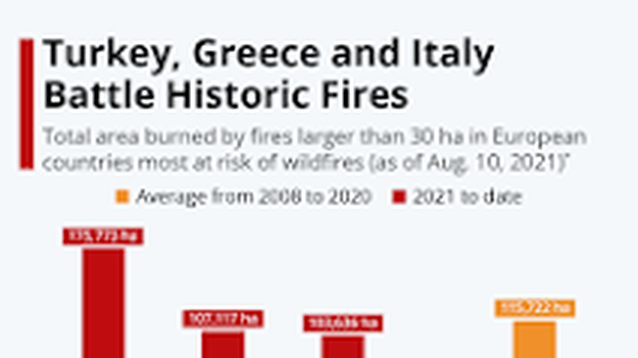 Too "historic" and too frequent to be a "coincidence."
There is something truly diabolical about this definitively stated link between the Climate Con and the rash of raging mega-fires in California, Italy, Greece, Turkey and, a few weeks ago, Siberia. Last year, in addition to California again, the states of Oregon and Washington; and also parts of Canada and Australia were torched by unusual fires with impossible burn patterns.

Way back in November of 2018, yours truly was placed under a 30-day FakeBook timeout for posting one of our TomatoBubble articles containing the following observations about the horrible California fires of those days:

"Now, let's hop aboard the "Crazy Train" and follow the hard data to where it leads us -- specifically, to the horrible reality that these hellish infernos are the product of deliberate "Deep State" arson. And we ain't talking about operatives with gasoline cans and lighters setting trees ablaze in the middle of the night. No. These fires manifest laser-like burn patterns because they were initiated, guided and intensified by, well, lasers -- Directed Energy Weapons (DEWs).

These DEW's are no longer the stuff of science-fiction or "conspiracy theory" ™. Even the mainstream media has reported on this technology and actual military demonstrations can be seen on You Tube videos. The means to engineer such strange fires from high-altitude planes or even from outer space exists."

There's no doubt about this one, boys and girls -- and the uncontainable and unusually hellish scope of the infernos, plus the bizarre burn patterns (melted homes and cars, yet undamaged bushes and trees nearby) prove it. California neighborhoods were blasted from above back then -- and are again being torched -- from the sky or even by space -- today.
1.  From one of the 2018 California fires -- Mysterious blue beam from high above captured on I-phone video. // 2. 2018: Cars melted, including the paint and rubber tires -- yet nearby trees not even singed. // 3. Dialogue from 1987 movie, "Robocop" :
**********
Jesse Perkins : Good evening, I'm Jess Perkins with Casey Wong. Top story: Santa Barbara. 10,000 acres of wooded residential land were scorched in an instant when a laser cannon aboard the Strategic Defense Peace Platform (aka "Star Wars") misfired today during routine startup tests. Casey?

Casey Wong : Yes, it was a day of mourning for the families of 113 known dead at this hour. Among them: two former United States presidents who had retired in the Santa Barbara area. A day of mourning for a country.
What is also intriguing about these DEW fires is the fact that -- unlike the constant mass shootings and equally frequent phony "Islamic Terror" ™ events which immediately diminished and then suddenly stopped over the course of the past 4 years -- the "historic" infernos continue unabated. Evidently, even with their resources having greatly depleted and many of their top players removed from the chessboard, the Deep State can still torch massive areas like this because it's much easier and cheaper to pull off than orchestrating a 100 "crisis actors" and plot lines. (((They))) can burn forests and homes at will and achieve the "twofer" of depopulating rural areas in accordance with the UN's Agenda 21 -- while also playing up the Climate Con.
1. People laughed at 911 Truther Dr. Judy Wood when she talked about DEW technology. But she was ahead of her time on this (although we do believe that micro-nukes and conventional blasting techniques were also utilized on 9/11.  // 2. Where's the "pancakes?" Two man-made mountains reduced to instant powder and aerosol! // 3. Cars and firetrucks were melted FROM SPACE on 9/11 -- just like the California "Climate Change" fires.
Boobus Americanus 1: I read in the New York Times today that scientists now believe that the fires in California and Greece are the result of Climate Change.

Boobus Americanus 2: Oh dear, as if the Covid wasn't bad enough, now the climate fires.
*
St. Sugar: It ain't the frickin' climate Boobuss -- it's the DEWs!

Editor: Trump - via Q - has indicated that he knows this. But this is one Deep State weapon which may not be so easy to deactivate. 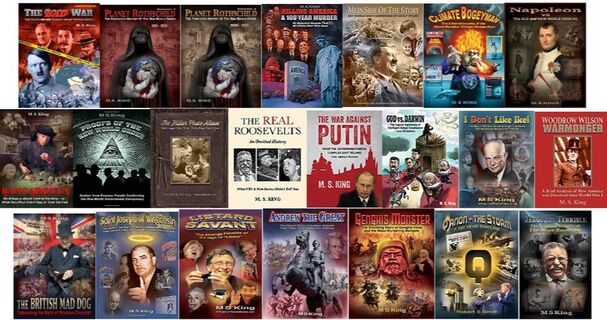