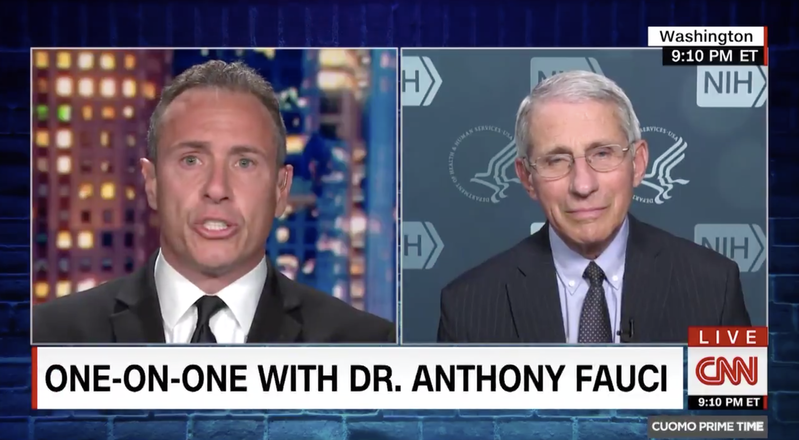 "Dr. Anthony Fauci has won the $1 million Dan David Prize for “defending science.” The Israel-based Dan David Foundation said he had earned the recognition over a lifetime of leadership on HIV research and AIDS relief, as well as his advocacy for the vaccines against COVID-19."

In its statement, the private foundation credited Falsie with:

ANYT Rebuttal: "Defending science?" What bloody "science?" The very definition of "science" is OBSERVATION -- something which -- as confirmed by negatively answered Freeedom of Information Requests -- has never applied to the mythical Stupid-19 virus let alone any of its "variants." (*of course, (((they))) now claim that such claims of non-isolated / unidentified Covid have been "debunked," -- yet FOIA requests to government entities continue to come up empty.)

“speaking truth to power in a highly charged political environment.”

ANYT Rebuttal: "Speaking truth to power?" What "power" is the dauntless dwarf standing up to? Falsie -- who is directly plugged-into NWO sub-capo Bill Gates of Hell and daily puffed-up by the all mighty Judenpresse -- IS part of the "powers that be!"
1. "Speaking truth to power?" -- For more than 30 years now, the little con artist has been rubbing elbows with the super elite who made him from scratch. Image 1 with Gates of Hell and Dr. Francis Collins.  -- Image 2, with Gates Sr. at an award function honoring the "philanthropic" deeds of the Gates Mafia, the Soros Mafia, the Rockefeller Mafia as well as Ted the Red Turner, Brooke Astor, Irene Diamond and Lenore Annenberg. // 3. FOIA requests for conclusive evidence of Covid virus isolation & identification yield no evidence.
As all good obedient normies know by now -- Dr. Falsie is "the nation's leading expert on infectious diseases ™." (((They))) said so on the tellie, dont'cha know? So he sho' nuff must be one really smart cookie, right? And yet, during his 55-year career (nearly all of it on the government payroll) Tiny Tony has never been awarded a Nobel Prize for any scientific discipline; has never even been nominated for a Nobel Prize; and has never discovered a cure nor a treatment for any disease. To the contrary, he has actually been soundly trashed (both professionally and personally) as an unqualified and unethical phony by several distinguished peers in his field who really "spoke truth to power." The only great feat this ass-clown can boast of is stealing credit for the work of intellectually superior subordinates and then applying for the patents.

Among Falsie's harsh detractors were eminently qualified virologist Judy Mikowitz; and the distinguished biochemist Kary Mullis -- the 1993 Nobel Prize and Japan Prize winner for Chemistry who invented the research-only PCR test that is currently being deliberately misused to "diagnose" Stupid-19 cases through "amplification." Mullis once referred to Falsie as a "liar" who "doesn't know anything about anything." How convenieeent for Falsie and friends that the outspoken and highly respected Mullis didn't live to see the madness of Stupid-19 and get to expose Falsie for misusing the PCR technology which he developed. You see, Mullis died of "pneumonia" just a few months before the scamdemic kicked-off with that nasty "bat" in a "wet market" (rolling eyes) somewhere in Wuhan, China.
The Way of the World: Scum like Fauci bask in the limelight of the Judenpresse --- whereas REAL scientists such as Mullis (2) and Mikowitz (3) are ignored or even ridiculed for REALLY "speaking truth to power."
The low-life scum is showered with awards, accolades... and lots of CASH.
Falsie's evil is on a scale that can only be described as Satanic, and not just figuratively speaking. He was seen clearly flashing the "Devil Horns" hand sign to media co-conspirator Jonathan Karl following one of Trump's press conferences in 2020. His loathing for Trump and efforts to sabotage his presidency as an enemy agent implanted within are unmistakable. Said Falsie, just a week or so ago, of the boss which he was determined to take down over Stupid-19:

“It was very clear that there were things that were said, be it regarding things like hydroxychloroquine and other things, that really was uncomfortable because they were not based in scientific fact" Biden’s election, Falsie also said, was “liberating.”

The fact that an Israeli foundation just awarded this monster a cool million dollars -- not for his non-existent scientific accomplishments nor for "defending science" -- but rather for the critical subversive role which the glorified piece-of-shit played in getting rid of Trump (via mail-in ballots necessitated by the scamdemic) is very, very telling.
1. The chosenites will probably be getting vitamin shots while the gullible "goyim" get the same poison which killed baseball legend Hank Aaron a few weeks ago. // 2. The Protocols of the Learned Elders of Zion (suddenly very hard to find now on the Internet!) speak of killing off the goy via "the inoculation of diseases." // 3. Ah, show us the shekels, Tony. Show us the shekels -- all 3,239,770 of them.
Boobus Americanus 1: I read in the New York Times today that Dr. Fauci just received a prestigious award in Israel.

Boobus Americanus 2: He deserves it. He is, after all, the nation's leading expert on infectious diseases.
*
St. Sugar: Says who, Boobuss?

Editor: Says the Electronic Idiot Box -- aka, the Devil's loudspeaker.