The "Times Machines Archives" -- which your generous donations help to pay for (hint hint) have proven to be very useful to your favorite Real Historian here when it comes to the never-ending search for all important original-source data. It's really interesting to note how -- when read with a "third eye" and combined with other data -- the Jewish-owned New York Slimes confirms the version of events presented in the banned and "controversial" book, The Bad War (by yours truly).

Let's have a critical look at some day-by-day headlines from March 18-20, 1940  -- a moment in time when the "war" -- though declared by the UK & France -- was not actually a war yet. In its infancy, the relatively bloodless conflict and positioning of armies could easily have been stopped and the coming global bloodbath averted. To that end, Hitler offered a very sensible peace proposal through the Pope, through Italy, and also through the USA -- while the UK "War Party" (cough cough) maintained its belligerence.
* NYT -- MARCH 18
This issue explained that Hitler met with Mussolini of Italy (still neutral) to discuss Hitler's peace proposal. Only Germany, UK & France were at war at this time, though it is still a "war" of positioning and posturing, with some minor clashes. The previous war (a real one) between Germany and aggressive Poland had ended 6 months earlier.

* NYT -- MARCH 19
This next issue described how the Pope met with U.S. Under-Secretary of State Sumner Welles to discuss the very reasonable terms of Hitler's peace proposal, which German Foreign Minister Ribbentrop and the Pope had also recently discussed. Welles had recently met with Hitler and Mussolini as well. 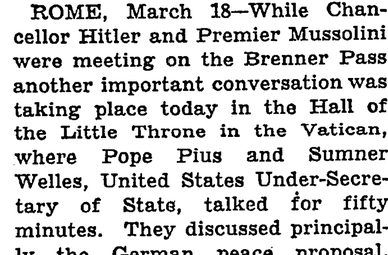 * NYT -- MARCH 20
The Setting: Again, this "Phony War" has not truly gone hot yet --- just some minor operations against opposing ships and planes. Few people in Europe want another World War. The Pope seems to be on board with Hitler's peace proposal -- which includes statehood and Baltic port access for Poland. Italy is also in the peace camp, and the U.S. -- through Sumner Welles -- appears to be interested in helping broker the peace process. The hope for peace is very real -- or so it seemed.

So, what killed these promising peace talks? Next headline please.... 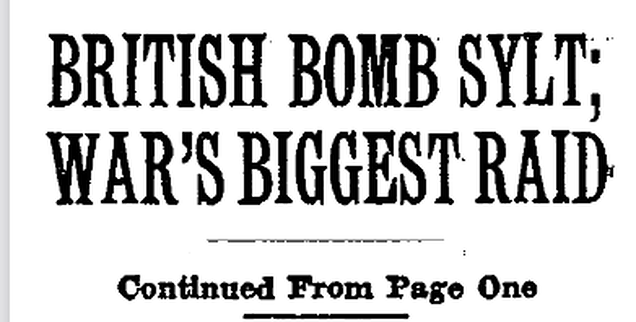 
These sorts of surprising headlines and articles about "the other side of the story" would continue up to and even a few months after Japan's justifiable non-surprise attack upon the Pearl Harbor naval base in 1941. Entire communiques issued by the German and Japanese Foreign Ministries, as well as statements by Hitler himself, were published -- albeit not as frequently nor as well-placed as the dirty lies of Churchill and FDR. It wasn't until US troops started to physically engage the "Axis" nations that the Slimes could show its true colors and descend into pure "Yellow Journalism." But prior to that, the "paper of record" dumped a load of truth gems for anyone with the time, sense of smell and patience to dig them out.

A heartfelt "thank you" to all of "youse guys" who -- especially in the wake of the Amazon / Kindle ban -- have kept me in a position to keep doing just that.
In a cynical scheme to pretend to want peace -- US President Franklin Demono Roosevelt sent Sumner Welles to Europe to meet with Hitler, Mussolini and the Pope. Just when it seemed that real progress was being made and that the young non-war was about to be "nipped in the bud," the British Royal Air Force bombed the crap out of German bases! You tell me: Who was the real aggressor behind WW2?


DONATE TO KEEP US GROWING 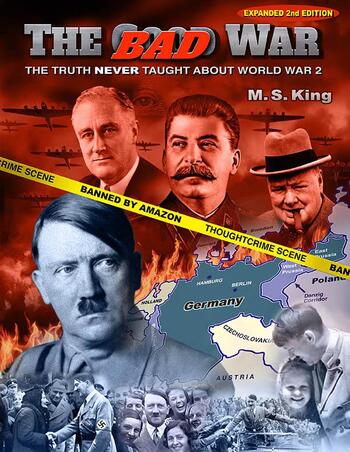 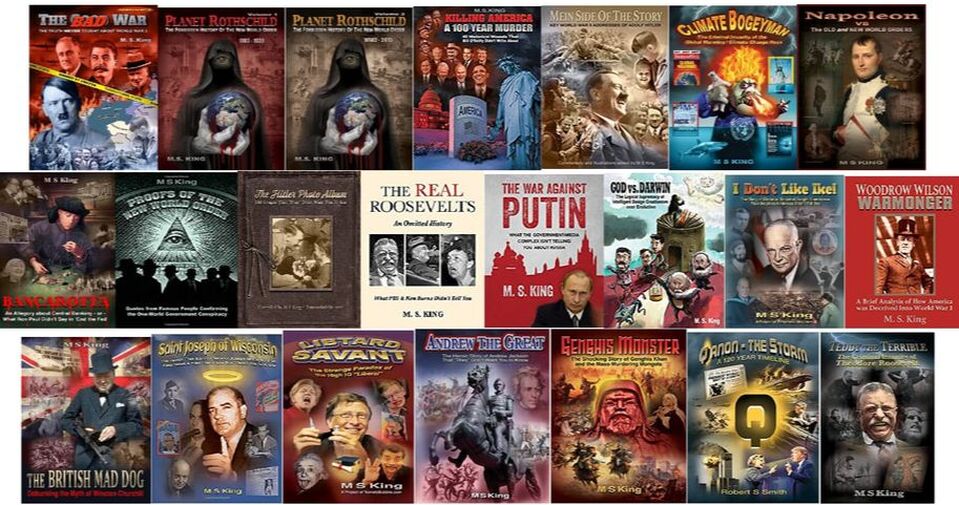 Click on "Donate Monthly" button below to quickly & securely sign up at SubscribeStar.
(Look for "Sign Up" in top right corner, and be sure to submit E-mail address there.)