We have all heard of the "Super Rats" - those "miracles of Evolution" ™ that have "mutated" into indestructible creatures immune to even the deadliest of rat poisons. With breathless enthusiasm the disciples of Darwin hail these creatures as smoking-gun evidence of "evolution on steroids." How pathetic that the "Super Rats"' phenomenon is the best "evidence" the Evolutionists can muster in support of Darwin's simple-first-bacterial-cell-to-amoeba-to-fish-to-amphibian-to-ape-to-man delusion. Here is a typical example, from the London Telegraph, of the type of twisted tommy-rot that passes for "science," and "journalism" these days:

"Rats across Britain are evolving a resistance to poison that makes them almost impossible to kill, scientists have warned.

"Genetic mutations have produced a new breed of "super rat" with DNA that protects the vermin from standard toxins, according to Professor Robert Smith at the University of Huddersfield."
And this from PBS (Propaganda - Bullshit -Sophistry):

"The chemical arsenal we have developed in an attempt to rid our homes of rodents and our crops of insects is losing its power. We have simply caused pest populations to evolve, unintentionally applying artificial selection in the form of pesticides. Individuals with a higher tolerance for our poisons survive and breed, and soon resistant individuals outnumber the ones we can control."

"Shhhh! Please don't rat me out as a fraud!"
And on and on the fallacy of "evolution" ™ goes -- promoted by the press, taught in the schools, enforced by the state, never questioned and never challenged. The most frustrating feature of this big misconception is that is so simple to debunk. All it takes is a bit of thought and some common sense, yet the lie rolls on and on.

Now you might say, "Wait a minute Mike. The Super Rat phenomenon is very real. The rats without immunity die. Those rats lucky enough to have the immunity survive, and the offspring of those survivors inherit the immunity. What's so hard to understand about that?"

Well, there is nothing hard to understand about that, and nobody disputes the existence of Super Rats. But the phenomenon only demonstrates variation and natural selection (or, in this case, artificially-induced natural selection) --- not "evolution" TM. The rat remains a rat! Nothing changed. Nothing "evolved TM." Nothing "mutated." No additional chromosomes came into existence and not a single additional line of complex genetic code was added to the overall rat gene pool that wasn't already there to begin with. The surviving rats were already genetically immune to the poison. The dead ones were not. What type of insane "scientist" would make the galactic leap-of-faith from this common-sense example of natural selection, all the way to the simple-first-bacterial-cell-to-amoeba-to-fish-to-amphibian-to-ape-to-man scenario?

The bottom line remains: trans-species evolution TM -- let alone trans-genus, trans-family, trans-order, trans-class, trans-phylum, trans-kingdom -- has never been observed; neither in the fossil record, nor in the current natural world. Indeed, by definition, trans-species Evolution TM is not observable.

The atheist will argue: "We can't observe trans-species Evolution because the changes are so subtle and they accrue over 100's of millions of years - but trust it, it happened."

That's not science. That's circular logic and wild conjecture. It essentially saying: "We cannot observe evolution because we can't observe it." (scratching head) Darwin himself even admitted that the fossil record does not prove his theory (he said it was because the record was incomplete). And anyone who tries to use the "Super Rats" as a means to circumvent this Darwinian difficulty of non-observability is either a criminal, an insane person, or just someone who hasn't really given the matter much thought.
Atheistic Evolutionists have yet to observe / prove a single case of trans-species Evolution, yet, on the basis of "Super-Rats," we are expected to jump all the way up the biological classification ladder to trans-Kingdom Evolution TM- which holds that both the lovely woman above, the inanimate rose that she is smelling, and the nasty-ass cockroach all have the same great-great-great [x] grandmother.
"Fish become ape? Darwin so stupid!"
To better dispel the "Super Rat" Fallacy, for the sake of those who still don't see through the scam, let us make an analogy to biological weapons. The technology for engineering race-specific biological weapons does indeed exist. Let us all hope that the weapons themselves do not exist in some secret laboratory! But suppose that some evil clandestine group were to poison the reservoirs and springs of Japan with a biological weapon that was lethal to people with a certain gene specific to Asiatics. --(that's the analogy to the rat poison).

What would happen? Obviously, the Asiatic inhabitants of Japan would die after drinking the poisoned water. But what about the tiny minority of White expatriates, tourists, teachers, missionaries et al, present in Japan at the time of the great poisoning? The biological weapon wouldn't kill them. The "Whites of Japan" would survive, unchanged, and pass on their genetic immunity to the bio-weapon on to their offspring -- (the analogy to the Super-Rat). One hundred years later, Japan could be a thriving island nation of 10 million White people, all speaking English too!

Now, what type of deranged crackpot mad-scientist would then dare to hypothesize, no, declare, that the Asiatics of Japan "mutated" into White people? See my point? And yet, this is exactly the type of madness that the great and the good of Academia are shoving down our throats as they denounce doubters as "uneducated" and "anti-science." Dirty rats!

In the bio-weapon analogy to the "Super Rats," the predominately Asiatic group on the left "mutates" into the totally White group on the right only because a dash of certain "White genes" are already present among a few of the population (such as the teacher standing on left) and the White specimens mate. That is NOT 'Evolution'
Tweet
E-Mail: GreatTomatoBubble2@Gmail.com 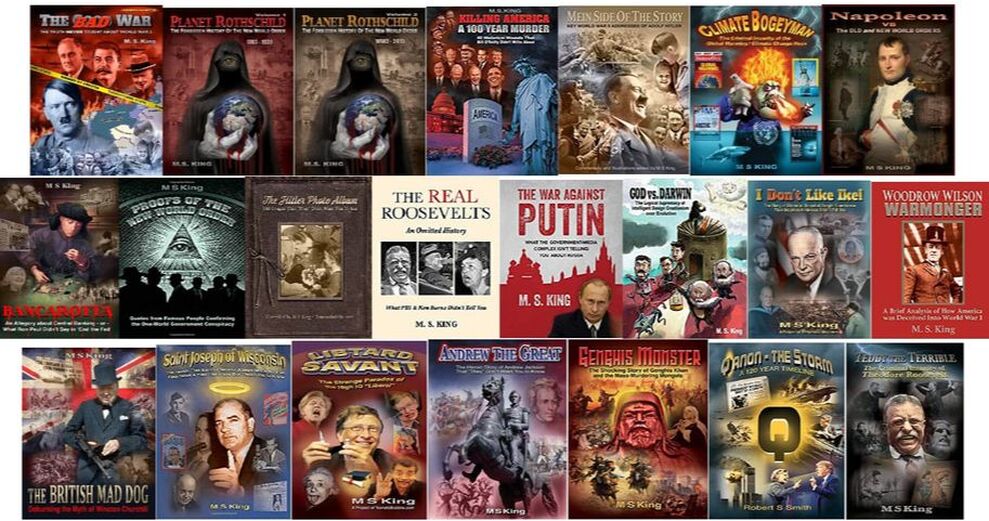