For as long as most of us can remember, left wing "protesters" and "Islamic terrorists" had been permanent features of American and world politics. For many years -- a half-century to be precise -- it seemed as though not a season went by without some hyped-up libtarded mob march for this or mob march for that taking place --- for "peace" -- for "the environment" -- for "women's rights" -- for "racial justice" -- for "science" -- for "gun control" -- for "education" -- for "abortion rights" --- against "police brutality" -- for this, that and the other thing. On the other side of the world, there were so many "spontaneous" "Color Revolutions" in Eastern Europe, North Africa and all across Asia. A visual trip down memory lane to recall just a fraction of the mob gatherings over the years:
1. The hippie "peace movement." // 2. Earth Day 1970 // 3. 2009: Occupy Wall Street
1. 2003: Republic of Georgia: The Rose Revolution. // 2. 2004: The Ukraine: The Orange Revolution // 3. 2010: The "Arab Spring"
1. The "I Can't Breathe" anti-police marches. // 2. The constant Al Sharpton protests (Trayvon Martin, Michael Brown, Eric Garner at al) // 3. Anti-gun marches.
USA: 2017 Marches: For Women --- For Science --- For the Climate
Also for 50 years -- it seemed as though not a season went by without some hyped-up act of "Islamic Terror" or "suicide bombing" to get the bewildered boobs of Normiedom all agitated and hateful against the big bad Muslims --- and all teary-eyed for our forever-persecuted "best ally" ™ and "only democracy" ™ in the Middle East. There were so many bogeymen in turbans and beards conjured up to terrify Norm & Norma and therefore justify wars, sanctions and bombings of this or that Muslim country occupied or headed by this or that Villain-of-the-Month. The terrorist acts rationalized and justified what was supposed to be the perpetual presence of the US / NATO Beast in the Middle East and Central Asia.

We had the "blind sheik" -- Hezbollah (who are actually freedom fighters portrayed as "terrorists") -- Qaddafi (who was actually an honorable leader portrayed as a "terrorist") -- Al Qaeda -- Al Nusra -- the Muslim Brotherhood -- ISIS -- Boko Haram -- Al Shabaab and a whole bunch of other invented comic book villains who seemed to sprout up of nowhere -- and everywhere. Oh it was soooo scary! Again, let's take another visual trip down memory lane to recall just a fraction of the acts of "Islamic Terror":
1. 1972 Munich Olympics // 2. 1988: Pan Am 103 // 3. 1993: The first bombing of the World Trade Center
1. 1998: The U.S, Embassies Bombings in Africa // 2. Bin Laden falslely blamed for the 9/11 false flag
1.  2005: London bombings // 2. France 2016 // 3. Germany 2016
No more staged studio "beheadings" (committed by Mossad agents in black pajamas) of fellow agents or dummies in orange jumpsuits.  (Dear Lord! How did people ever fall for this comedy show?)
We can fill this page with countless more such examples of rent-a-mob protests (worldwide) and "Islamic" attacks (also worldwide)-- both real ones and faked ones. "Youse" guys remember what it was like up until a few short years ago, right? And now? --  NOTHING! Heck, Roe vs Wade was actually overturned a few months ago and all that the pro-baby-killing commies could muster was a handful of shrieking hags here and there. And whatever happened to the Irreverend Al Charlatan? Or the  Irreverend Jesse Jack-off? Or Loony Louie Farrakhan? Black Lives Matter is out of the protest business too, it seems.

And what's Greta Gloomberg been up to lately? An alleged "tweet" from her now and then -- but her street mobs of commie kiddies are no longer forming. And the activists of Hollyweird? Bill Lie the "Science Guy? Neil DeGrasshole Tyson? Haven't heard a peep out of any of these once-ubiquitous ass clowns lately. What has happened to the Left's once formidable rent-a-mob machine?

Likewise, where have all the "Islamic Terrorists" gone? A bunch of Arab states recognized Israel a few years ago and nobody's pissed off about it? Boy oh boy, those "radical Muslims" sure ain't what they used to be. No suicide vest bombings. No kidnappings. No "beheadings." No car bombings. No hijackings. No driving trucks into crowds. Not even any scary video messages posted online. Did the "Islamic Terrorists" suddenly find Jesus or something? Ah "youse terrorists" are no fun anymore.
WHY SO INACTIVE THESE DAYS?
Where's Al Charlatan? Where's Gloomy Greta? Where's Adam Gahan (the jew who "converted" to radical Islam)?
The answer to this welcome mystery about the dogs who no longer bark -- let alone bite -- is the same as the answer to the vexing question as to why packed airliners no longer routinely fall out of New York-Atlantic-European skies due to "mechanical problems," "pilot suicide" or "wake turbulence" (1996, 1998, 1999, 2001, 2009, 2009 again, 2014, 2016 -- and why Marxist networks like CNN and MSNBC have suddenly become more objective in their political reporting -- and why Demonrats continue to shoot themselves in the foot -- and why the Israel First brigades no longer clamor for the US to make war on Syria and Iran.

Regular readers of RealHistoryChan.com do not need to be told that "spontaneous people's protests" and acts of "Islamic Terror" (real and staged) and most of the fall-out-of-sky plane crashes have always been the handiwork of the intelligence agencies (CIA-Mossad-MI6). Therefore, the basic logical inference which explains the sudden good behavior of the usual trouble-makers is that the Deep State has already been quietly deballed, defunded and gutted to such an extent that they can no longer put together these sorts of operations. In short, Patriots Are In Control --- or at least in a position of superiority. What else can it be?

Stay tuned.
Why have 50 years of Globalist-Marxist rent-a-mobs and Zionist-engineered "Islamic terrorism" suddenly stopped worldwide? ---- Ask Q, and ask "The Donald."
After he took office and over the course of the nearly 6 years since, planes also stopped falling out of the skies of New York, Europe and the Atlantic Ocean in between. Trump took credit on Twitter.

Internal Ad
Beautiful 18" x 24" Hitler Paintings-Posters are Back!
-HERE-
Tweet
E-Mail: GreatTomatoBubble2@Gmail.com
* If you like the free RH Chan items, you'll LOVE the 'donors only' stuff! 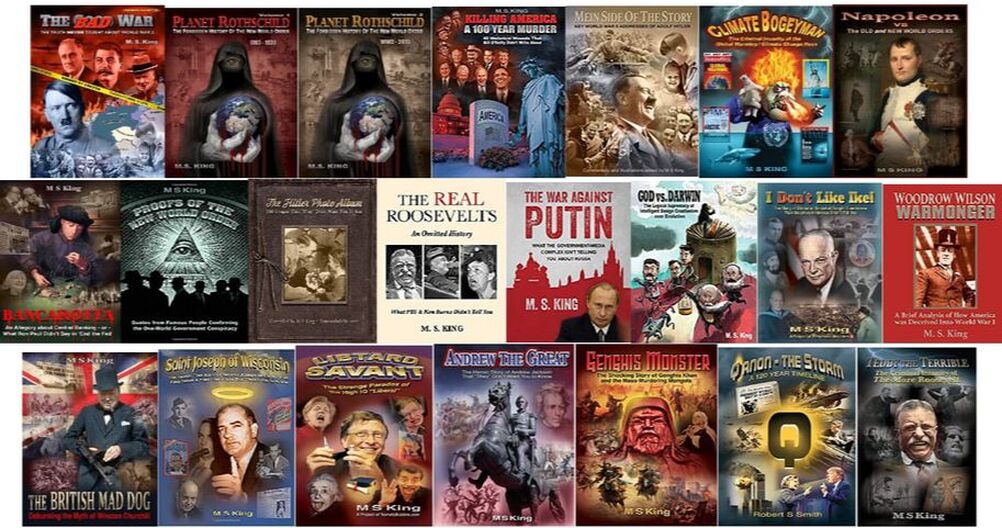 * Be sure to give E-mail address when prompted